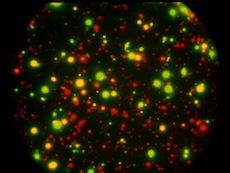 The dual-color FluoroSpot assay is a modification of the ELISPOT assay and developed for the simultaneous detection of two cytokines released by a single T cell. The assay is based on the use of antibodies labeled with different fluorophores, allowing the detection of T cells producing two pre-selected cytokines. The Fluorospot assay is particularly useful for the analysis of T cell subpopulations with distinct cytokine profiles.

U-CyTech biosciences offers a wide range of human and monkey cytokine FluoroSpot kits including kits for the simultaneous detection of IFN-γ (interferon-gamma) and a secondary cytokine (e.g. IL-2, IL-10, IL-13, IL-17A). Our monkey FluoroSpot kits cross react with several macaque and baboon species. These kits are supplied with PVDF membrane-bottomed (PVDF) plates, which are specifically designed for the FluoroSpot assay.

Brief description of the FluoroSpot assay

Cells are incubated in the wells of the FluoroSpot plate precoated with two high-affinity antibodies specific for different cytokines. After binding of the released cytokines, the cells are washed away. Areas in which the cytokines are captured by the two coating antibodies are detected by incubation with a mixture of two different anti-cytokine detection antibodies, followed by an incubation step with two fluorescently-labeled conjugates. The appearance of spots emitting light at different wavelengths allows accurate localization of single and double cytokine-producing cells. Green and red fluorescent spots represent cells that produce the different cytokines, while yellow spots are from cells that releasing both cytokines. 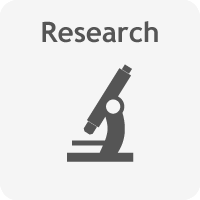 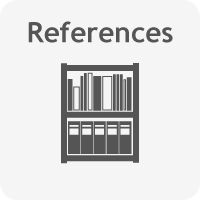 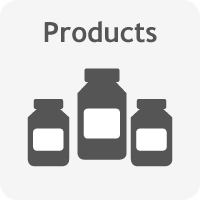